Cambridge could suspend Namibia over exams 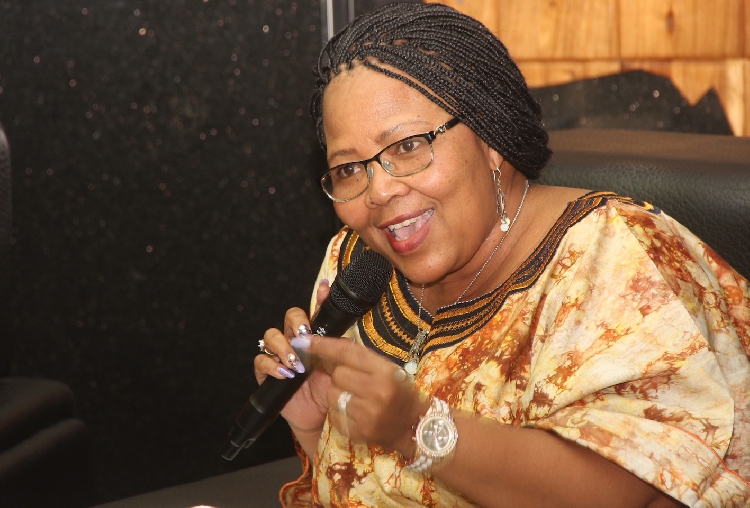 Over 95% of teachers recently voted in favour of engaging in a strike that is expected to start on Thursday. They are demanding an 8% salary increase, rejecting the government's offer of 5%.

In a supporting affidavit filed at the Labour Court in the case where government wants teachers stopped from going on strike, Hanse-Himarwa said Namibia would also lose its Cambridge University accreditation.

Her affidavit was in support of a founding affidavit by Prime Minister Saara Kuugongelwa-Amadhila in an urgent application by government to stop teachers from engaging in industrial action on Thursday.

The hearing was postponed to tomorrow.

Hanse-Himarwa said the strike will also paralyse the education sector as a whole, and that Namibia is likely to incur huge financial losses if examinations are not all written.

Examinations started on 26 September and will end on 11 November, while marking is expected to start on 23 September and end on 6 December.

“The administration and the conducting of these examinations require the supervision of teachers as invigilators and also as markers. Teachers are important, as they have the requisite knowledge and skills to handle this mamoth task,” she stated.

The minister said the total cost for full and part-time Grade 12 external examinations set by Cambridge University is more than N$20 million, while another N$10 million was paid for the printing of Grade 10 and Grade 12 examination papers.

According to Hanse-Himar­wa, the government will have to pay Cambridge University more than N$20 million in damages if the examinations are not held.

“I further place it on record that the accreditation for Grade 12 certificates with the Cambridge University Local Examination Syndicate amounts to N$26 million,” she said, adding that this figure could double next year if there are reasonable grounds to suspend Namibia's accreditation.

According to Hanse-Himarwa, more than N$134 000 was spent on transporting question papers to different examination centres across the country.

In addition, the government would need to hire 2 454 volunteers to invigilate the examinations, and that will cost just over N$48 million.

Apart from the financial implications, she said, Namibia could have its accreditation agreement with the Cambridge University Local Examination Syndicate suspended or revoked if the security of the examination papers is breached.

“Cambridge may suspend or revoke its accreditation, resulting in no examinations being administered, if there is good cause to suspect there are concerns over the security or administrative procedures concerning the material supplied by the institution,” she noted.

The Prime Minister had in her founding affidavit largely challenged the rules of the strike, one of which is that the rules did not pay attention to the government's constitutional obligation to ensure that the right to education is enjoyed by all. It also highlights that the rules are not clear, and leave unanswered questions.

Kuugongelwa-Amadhila's affidavit contains the same sentiments as Hanse-Himarwa's in that government will suffer huge financial losses, and that they have no other adequate redress in the ordinary course. She added that pupils will be affected severely should the examinations not take place.

“A failure to proceed with the examinations due to the strike would be unfair and detrimental to the applicants, learners and public,” the affidavit reads.

Furthermore, government's argument in trying to stop the strike is that the seven-day notice given by Nantu is not enough to allow them to plan for alternatives, and they are therefore seeking a 30-day notice period instead.

The seven-day notice period as one of the rules of the strike was decided by a conciliator from the Office of the Labour Commissioner after the two parties failed to agree on some of the rules.