Home >Blogs >admin's blog >The Cancer Association of Namibia (CAN) will soon open a home for children affected by cancer and their mothers.

The Cancer Association of Namibia (CAN) will soon open a home for children affected by cancer and their mothers. 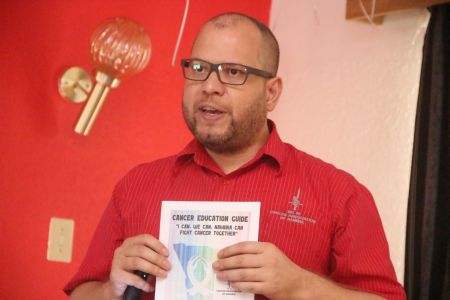 The Cancer Association of Namibia (CAN) will soon open a home for children affected by cancer and their mothers.
The 'Children fighting cancer in Namibia' (CHICA) interim home, as the centre will be known, will comprise a six-bed ward and two bedrooms. It will be situated along John Meinert Street in the capital near the CAN head office.
CAN Chief Executive Officer (CEO), Rolf Hansen in an interview with Nampa on Monday said the primary purpose of the home is to accommodate mothers who have children in the cancer ward of the Windhoek Central Hospital, or those only allowed to stay two weeks with their children in the ward.
He said the association will work in collaboration with the staff at Ward Eight-West of that hospital to set up the home.
We believe that the healing of a child includes the presence of the maternal figure, and mothers are the source of hope for children and we need to have them present throughout the treatment process, he said.
The home, which will cost approximately N.dollars 3.7 million, is estimated to have an annual operational budget of N.dollars 640 000.
This will include nutritional meals, transportation of patients and mothers to treatment centres and staff.
Hansen said the home project will be funded with money the association raise through fundraising events and donations from the public.
Children and their mothers will be allowed to stay at the home subject to availability of beds.
The CAN CEO said strict policies have been put in place to offer best assistance to the children, because the immune system of a child is severely compromised during treatment.
Constructions and renovations of the home are expected to be completed towards the end of February.