Government is thinking of embanking some schools in the Zambezi Region 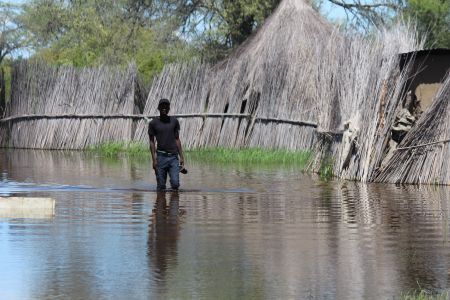 Government is thinking of embanking some schools in the Zambezi Region as a long-term solution to the flood disaster that occurs in the region every year, the governor of the region has said.
Lawrence Sampofu told Nampa on Friday the plan is to make embankments of 200 square metres around the schools seriously affected by floods annually.
The governor said a feasibility study on this was conducted three years ago and N.dollars 37 million was allocated for this project for the 2016/17 financial year.
However, it could not materialise because of national budget cuts by Government late last year.
We are now looking forward to get the funds this year in order to start with the project of embanking schools in case of floods the following year, he said.
Sampofu said communities in those areas could be moved to these schools once embanked.
He said the current situation is dangerous for children, most of whom go to school by dugout canoes.
The governor said he has alerted parents to always escort their children to school to avoid drowning incidences as the waters are deep.
Flood water remain here until July, meaning the roads only become assessable as of August, giving contractors time to work on the embanking project at least until November when you would be expecting rain again, he said.
Four people have drowned in the flood prone areas of Kabbe North and South constituencies in the region thus far.
Meanwhile, the Zambezi Regional Council has resolved to relocate the most affected schools in flood prone areas to two relocation camps at Nakabolelwa and Schuckmannsburg.
The rising Zambezi River currently stands at 6.55 metres.
Close to 3 000 people have been affected by the floods in the region and Government has so far managed to relocate 1500 people.
(NAMPA)