Woman dies after being shot in the head 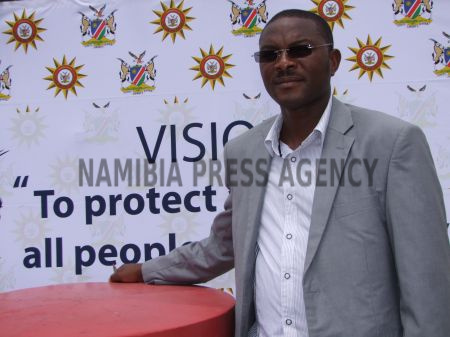 A 36-year-old man appeared in the Ohangwena Magistrate’s Court on Monday for allegedly killing his girlfriend by shooting her in the head on Sunday.
The victim, Hileni Salom, 28, died on the spot around 13h30 at Ongonga village, where the incident occurred.
Sergeant Abner Kaume Iitumba of the Namibian Police Force’s Public Relations Unit in the region told Nampa in a telephonic interview the suspect, Fillipus Mutumbulwa first shot his cousin, Erastus Shikemeni, 44, in the hip.
Shikemeni had attempted to intervene in an argument between Salom and Mutumbulwa.
Salom was reportedly then shot in the head while running away.
“The suspect was on the run since Sunday and was arrested on Monday at Eenhana, where he was found buying medicine at a pharmacy,” Iitumba said.
The court postponed the case to 25 October this year for further police investigations.
Mutumbulwa was not asked to plead and he remains in police custody until his next court appearance.
Salom was originally from Onhuno village, also in the Ohangwena Region.
(NAMPA)