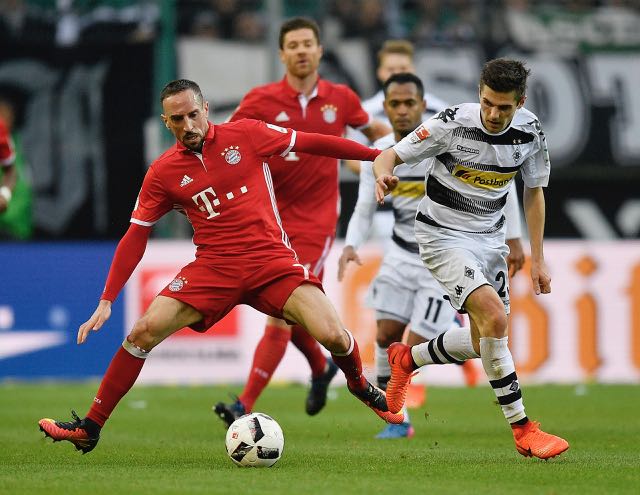 BERLIN - Bayern Munich extended their Bundesliga lead to 13 points as Thomas Mueller capped his 250th league appearance with a rare goal in Sunday's 1-0 victory at Borussia Moenchengladbach.
After second-placed RB Leipzig crashed to a 3-0 win at Werder Bremen on Saturday, Carlo Ancelotti's Bayern took the chance to go further ahead in the table as they edge ever closer to a fifth straight league title.

This was Bayern's sixth straight win in all competitions in a dominant display as they created 18 shots on goal, to Gladbach's 14, and enjoyed nearly 70 percent possession.

Thiago Alcantara was the architect for Mueller's winner, flicking his pass over the Gladbach defence for the Germany star to fire home his 93rd Bundesliga goal from close range on 63 minutes.

"We knew it would be hard to get a win here, so we stepped on the turbo after the break," Mueller told Sky.

It was only Mueller's second league goal this season - having scored 20 in 2015/16 - and his first since December, but he has turned provider in this campaign with 11 assists in the league.

"After this season, I don't know what a 'typical Mueller' goal is any more, but it's fun to play with the lads. It's been a good day," he replied after a reporter commented he had scored a "typical Mueller" goal.

Bayern created numerous chances before Mueller's breakthrough as Arjen Robben hit the post in the first-half and Robert Lewandowski forced Gladbach goalkeeper Yann Sommer into a point-blank save with a header.