Brave Warriors still positive of getting a point at Afcon 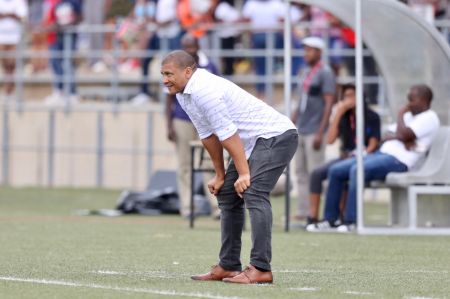 Brave Warriors coach Ricardo Mannetti said it will be crunch time on Monday when his charges face Ivory Coast in their last Group D fixture at the African Cup of Nations (Afcon), underway in Egypt.
Namibias senior national mens football team has thus far played two matches, losing both by 1-0 score lines to Morocco and South Africa.
In an interview after the Brave Warriors lost their second group game to South Africa Friday night, Mannetti said they are at the competition with a goal of doing better than the previous Namibian teams and hopefully, win their first match at an Afcon tournament.
Our decision making in the game against South Africa was wrong most of the time despite us having better possession, which in the end cost us the game, he said.
The coach added that it is not going to be easy going into their last group game against Ivory Coast as their opponent is also fighting to get out of the group stages.
Ivory Coast is a top side with quality players who can win games. We still have a game to play and we will do our best to finish off with a bang when we face them on Monday, Mannetti said.
Namibia, who are yet to collect a point in Group D, went into their Friday fixture against South Africa needing three points to keep their dream of progressing to the next round of the competition alive but with a defeat from their neighbours, Namibia will now have to defeat Ivory Coast with a three-goal margin and hope South Africa lose to Morocco to progress to the next round of the competition.
Their final group game will be on Monday at the 30 June Stadium, while South Africa will clash with Morocco at Al Salam Stadium, with both games kicking off at 18h00.