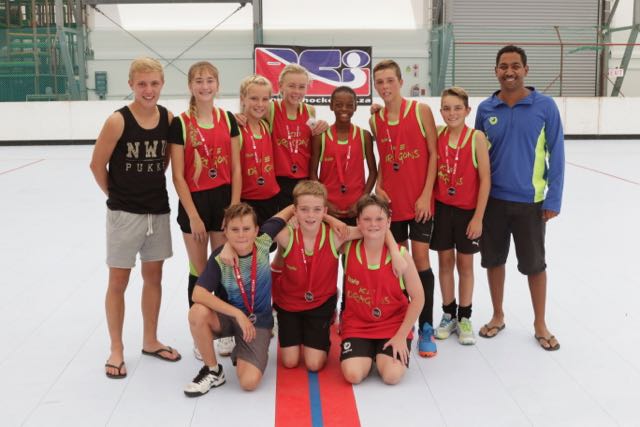 THE development of hockey in Namibia continues to grow after a new Pro Series Indoor (PSI) franchise, the Coastal Cranes was launched at the Dome Indoor Sport Centre in Swakopmund over the weekend.
Namibia already has two franchises competing in the South African PSI series, the Hawks and the Eagles, but now the Cranes has also become part of the PSI family that has grown considerably over the past decade.

At last weekend's launch, Namibia's franchise owner Shayne Cormack said the idea came about to assist the coastal children due to the commitment they had shown over the past few years.

“The coastal kids have been coming down and supporting the Windhoek tournaments for a number of years now and we've always included them in our Eagles and Hawks teams. But the traveling and logistics has been quite difficult for them, so we discussed the opportunity to start a new franchise which will be called the Coastal Cranes,” she said.

“We've appointed a manager down here at the coast who'll be running the Coastal Cranes, but he will need a lot of support so over the next two or three years we will basically surrogate this franchise if I can call it that. We will assist them in building up their numbers and hosting more tournaments down here at the coast, to try and get the concept introduced to people at the coast,” she added.