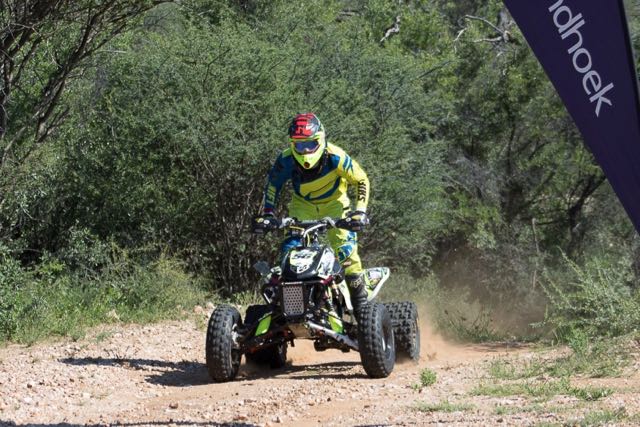 THE second round of the Bank Windhoek Namibia Enduro Championship took place at Farm Lichtenstein over the weekend. The championship riders were treated to a very technical track that tested their skills to the limit on an entertaining day for spectators and supporters.
Henner Rusch (KTM) secured victory in the Open Motorbikes Class on home turf, while Joern Greiter (KTM) claimed his second victory of the season in the Senior Motorbike Riders Class. The Bank Windhoek 2016 Enduro champion, Shannon Rowland (Honda), drove a superb race to win the Women's Quad Class. JL Oppermann (Honda) won the Quads Open Class, taking his first victory of the season.

Henner Rusch took off like a rocket right from the start, and clocked the fastest lap of the day. In less than an hour he was back in the pits, and set for victory. Marcel Henle (KTM), who had won the season opener at Omakwara, managed a fast first lap too. On the second lap however, Henle lost some time due to a fall, and Rusch secured a comfortable victory. Henle kept going to finish second, ahead of Corner Visser (Sherco) in third.