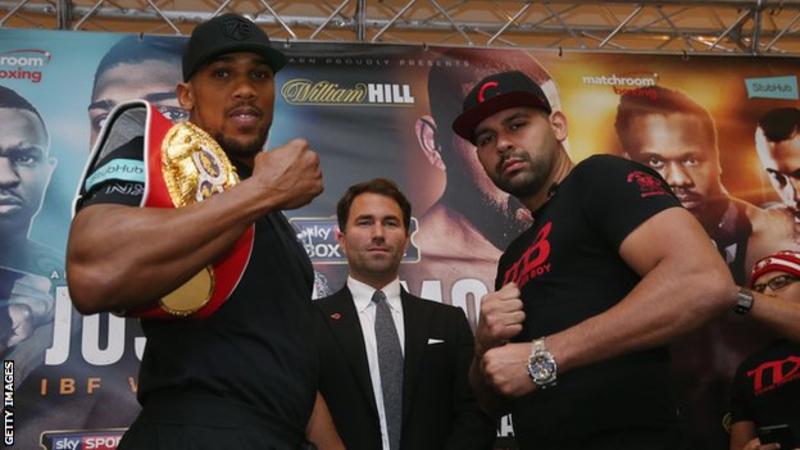 The 36-year-old tested positive for the prohibited substance dexamethasone.

The steroid is permitted by the World Anti-Doping Agency (Wada) out of competition.

Molina was stopped in the third round as Joshua successfully defended his IBF heavyweight title in Manchester.

Dexamethasone is not a performance-enhancing drug but is used to treat conditions including asthma and cancer. It is prohibited during competition because it can give endurance athletes an unfair advantage, especially at altitude.

Molina did not deny taking the substance or contest the anti-doping rule violation, but he did question the length of the ban.

He admitted to being injected with Tribedoce DX, a vitamin B12 supplement, by a member of his team on the day of the fight which contained the banned steroid.

UK Anti-Doping (Ukad) said his actions were not intentional and that he "did not look to cheat".

"Every athlete is solely responsible for what is in their system and must adhere to the strict liability principle," said Ukad chief executive Nicole Sapstead.

"All athletes at any level should familiarise themselves with the Wada Prohibited List and ensure they do not put themselves in a position where they may breach anti-doping regulations."