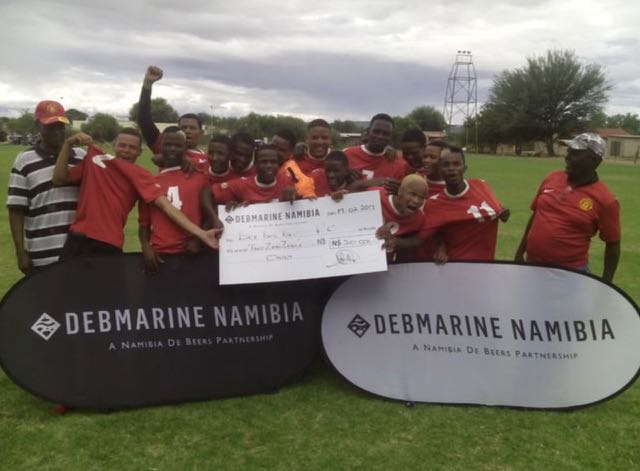 FOUR Erongo region second division clubs refused to play in the Debmarine Namibia Cup's preliminary knock-out fixtures over the weekend, citing maladministration on the part of their governing body and the Namibia Football Association.
Initially, ten clubs submitted a written protest with the NFA, declaring their intention to boycott the competition until they had met with the national football governing body's president Frans Mbidi.

In the end, only Young Eleven, Blue Birds, Walvis Bay Barcelona and Mighty Eagles stuck to their guns because the Erongo Football League controversially drafted 'non-affiliate' Karibib FC and 'third division' side Gendev FC, who won the playoffs, into the competition.

Only NFA-affiliated clubs are permitted to contest the FA Cup.

Furthermore, the clubs were allowed to play without settling affiliation or registration fees, which technically disqualifies them from the competition as they are not paid-up NFA members.

“That was a street tournament they played. It was so unprofessional and corrupt,” Young Eleven owner Wycliff Martins stated.

“They undermined our authority and the authority of the NFA. We are very disappointed that those four clubs did not participate in the tournament. We are seriously looking into that matter,” EFL vice chairperson Ephraim Doda Shozi told The Namibian Sport.

The clubs also contend that the third-tier league failed to conclude their 2015/16 season, given that three varying 'final' log standings were issued after the league ground to a halt, and that they are owed prize money from the interrupted season.