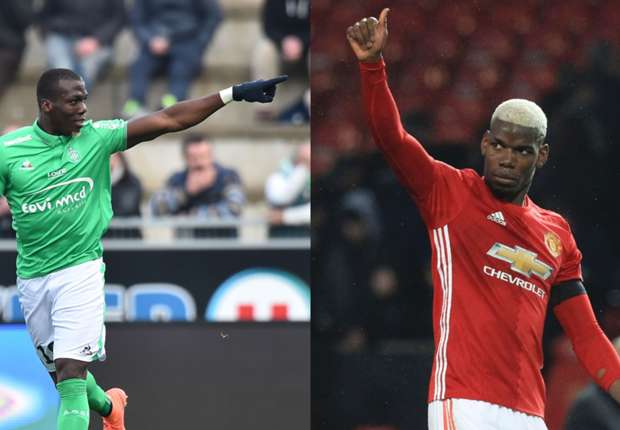 The pair will be on opposite sides when Manchester United entertain Saint-Etienne in the first leg of their Europa League last-32 tie on Thursday.

Florentin, who has his sibling's shirt number six shaved and bleached on the right side of his head and his own, 19, on the left, is looking forward to the renewal of their rivalry.

"I beat him at table tennis. After that we did not play other sports together," said the left-back at a pre-match news conference.

"[We have joked together] right from the draw, but since then we have remained focused on what we should do with our teams.

"After tomorrow evening [Thursday], we will swap shirts and it will be a wonderful moment, magical.