Harry Simon and Vikapita Meroro will return to the ring 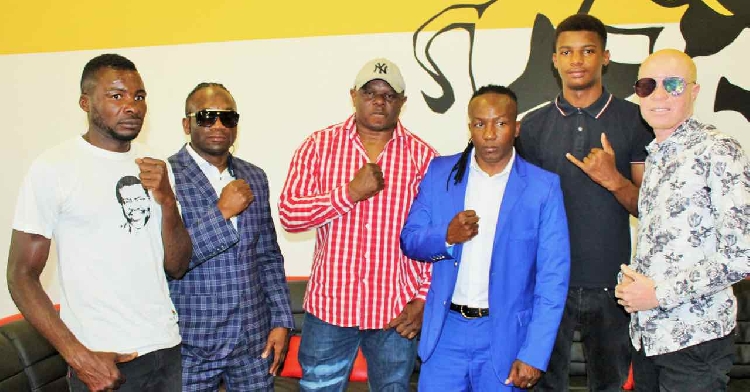 WINDHOEK – Harry Simon and Vikapita Meroro will return to the ring on 24 November at the Ramatex complex in Windhoek, with the pugilists taking on Tanzanian and Malawian opponents.

This was revealed by Joseph 'Smokey' Hilongwa, who is the match-maker at Harry Simon Onkugo Promotions during a press conference in Windhoek on Thursday.

Simon will face Kaminja Ramadhan Shabani from Tanzania, while Meroro will clash with Mussa Ajibu of Malawi.

“Everything is in place from our side for this fight to take place. We have paid the Namibia Professional Boxing and Wrestling Control Board the required funds, while the contracts and boxers' medicals are ready. For now, we are just awaiting official confirmation through a letter from the board,” Hilongwa said.

He further stated that Simon's computer-assisted tomography (CAT scan), which he underwent in South Africa in June, is still valid.

The boxing control board had earlier this year requested Simon to undergo the CAT scan while preparing for the abandoned fight between himself and Meroro.

On his part, Simon said he will prepare hard for the fight, and is currently looking for funds to go to South Africa for a camp, where he said it is easy to get sparring partners.

“I am focusing on Shabani. I will work hard to lose weight and be in top shape. I have not fought in over two years, but I am going in for a win, even though I am not underestimating him. I do not think there is any boxer who can handle me when I am in top shape,” Simon added.

The former world champion said his age and long lay-off will not have any effect on the fight.

Meanwhile, Simon said his son Harry Simon Junior will also feature on the undercard on the night against a yet to be named opponent.

“Junior will fight a six-rounder against a local or international boxer. We are working hard to get him an opponent,” he noted.