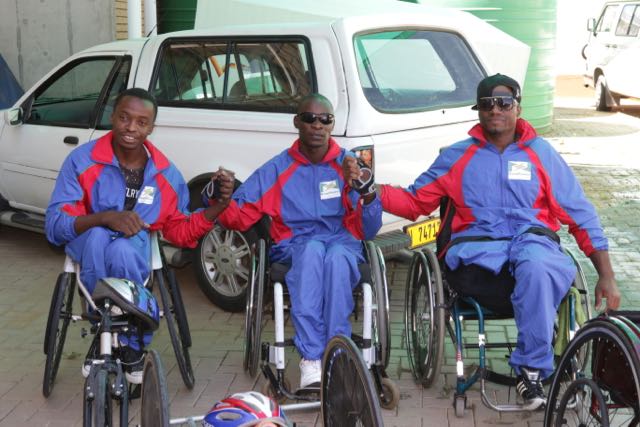 It was their first international race and according to Namibia Paralympic Committee secretary general Mike Hamukwaya, they had exceeded the NPC's expectations.

“I really didn't expect them to medal. It was their first time going into the lion's den of international competition, but their results are very exciting and show they have a lot of potential,” he said.

According to Hamukwaya, the 26-year-old Gawaseb was very excited about his performance, saying that it was a new experience for him.

“Rudly was very excited and it was a totally new experience for him. It was the first time that he had seen so many wheelchair racers competing together and it really motivated and touched him - he was quite emotional about the whole experience,” he said.

“He said it was tough, but he wanted to prove to himself that he could make it and pushed the whole way. He is now very motivated to compete in more races and has already indicated that he will participate in this coming weekend's Nedbank Cycle Challenge,” he said.

Hamukwaya said that the 24-year-old Kamenye was very happy about the cash prize that he won.

“Mathias didn't say much - he was just smiling and happy about the money that he won. But he is also very motivated now and wants to continue competing,” he said.