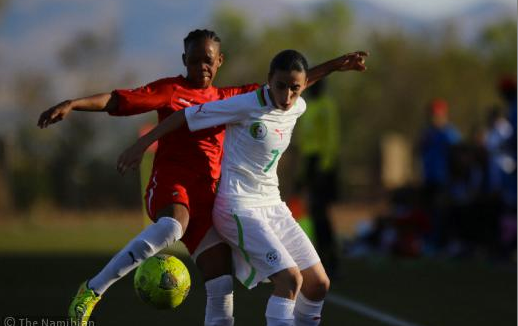 Namibia?s senior women football team, ?Brave Gladiators? were on Wednesday drawn alongside three-time Confederations of Southern Africa Football Association (Cosafa) Cup winners South Africa for the 2017 edition of the competition.
This year?s edition of the Cosafa Women's Championship will be hosted by Zimbabwe across two venues in Bulawayo at the Barbourfields and Luveve stadia. The championship will be played from 13 to 24 September.
Namibia were drawn in Group C with Lesotho, Botswana and South Africa. Namibia will play the opening match of the competition against Botswana on 13 September at the Barbourfields Stadium.
Teams will play each other in a round-robin format with the group winners and best-placed runner-up advancing to the semi-finals on 21 September.
Other Groups will see East African guest nation Kenya in Group B, alongside Mauritius, Mozambique and Swaziland.
Group A consists of host nation Zimbabwe who will lock horns with Madagascar, Malawi and Zambia.
For the first time in the competition?s history 12 teams will compete at the championship, making it the biggest ever assembly for the Cosafa Women?s Championship in the last decade.