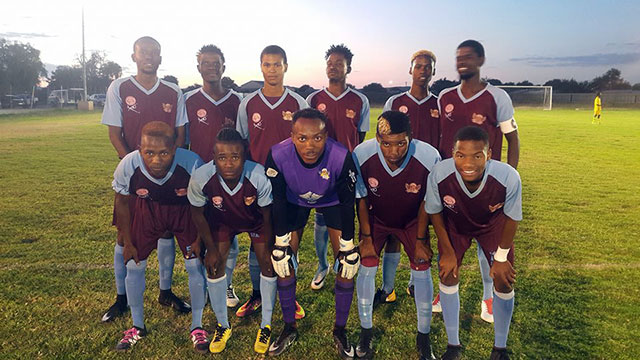 COMMON GOAL ... The Outjo Academy are looking to pick up maximum points this weekend. Photo: Nampa

REHOBOTH – Log leaders of the Kunene Second Division Football League, Outjo Football Academy will travel to the Ombika Stadium near Okaukuejo for Round 4 and 5 this weekend.

They play Young Eagles at 12h00 on Saturday, before taking on Etosha United at the same venue at 13h00 on Sunday.

Outjo Football Academy team manager, Hennie Kavendjii said on Tuesday they are ready to do battle in the league as they have a young squad made up of good players. The oldest player is 23 years old.

“We have youngsters that we groomed since they were young and they are ready to fight to win the league. Their understanding is telepathic, they know how the other thinks,” Kavendjii said, adding that their aim is to collect either four or six points over the two fixtures.

In other matches scheduled for the weekend, bottom of the log Revengers with zero points will hope for a good display when they battle fifth-placed PUBS and third-placed Bethlehem Boys at home in Kamanjab.

The league's weekend fixtures are as follows: