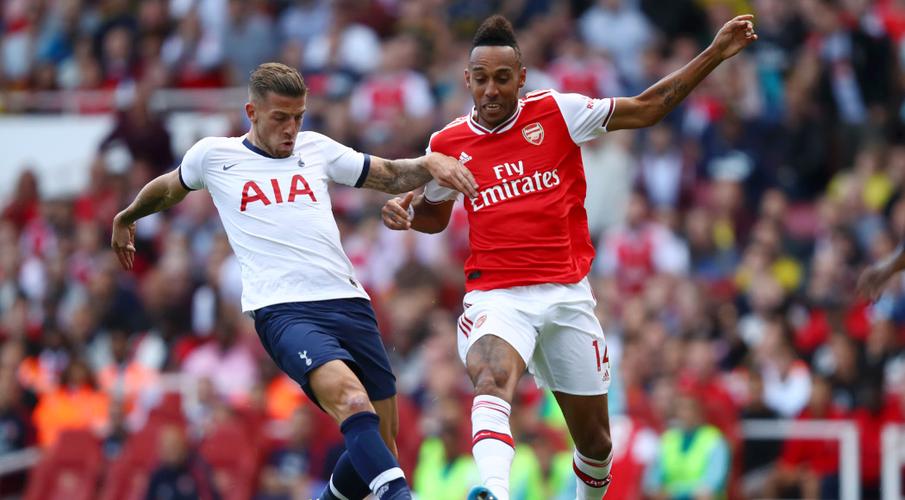 Spurs were looking to bounce back from a shock 1-0 home loss to Newcastle United and went ahead through Christian Eriksen and a Harry Kane penalty before Lacazette struck before the break and Aubameyang got a 71st minute equaliser.

Arsenal, who were beaten 3-1 at Liverpool last week, are in fifth place with seven points while Spurs are ninth on five after four games.

The visitors took a 10th minute lead when Eriksen nudged the ball into an empty net on the rebound after a superb piece of hold up play from Son Heung-min allowed Erik Lamela to fire at goalkeeper Bernd Leno.

Arsenal had most of the ball on a sun-soaked afternoon at the Emirates Stadium but Tottenham were far more threatening on the break and Leno was forced to keep out stinging efforts from Kane and Eriksen in the first half.

Tottenham were then awarded a penalty for a clumsy foul by Granit Xhaka on Son and Kane converted in the 40th minute to put Spurs on track for a first league win on enemy territory in nine years.

However, Arsenal's France striker Lacazette halved the deficit right before halftime with an emphatic strike after controlling an exquisite pass from the club's record signing Nicolas Pepe.

Kane came close to sealing the points for Tottenham when he struck the post but Arsenal became galvanised when Spanish midfielder Dani Ceballos came off the bench and hit a shot which keeper Hugo Lloris did well to tip over.

An equaliser looked ever likelier and duly arrived when Gabon striker Aubameyang prodded a lofted pass from Matteo Guendouzi into the net in the 71st minute, scoring a third goal in four Premier League games this season.

Arsenal's Sokratis Papastathopoulos later had a goal ruled out for offside while Tottenham's Moussa Sissoko spurned a last-gasp chance in a thrilling finale by blasting over the bar after Kane was denied a penalty when he tangled with Sokratis.