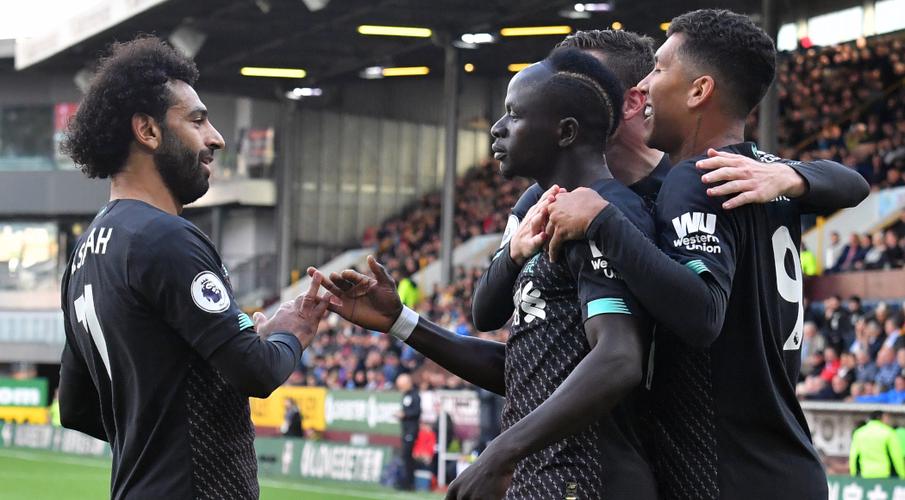 Liverpool recorded a club record 13th consecutive Premier League win to move back to the top of the table with minimal fuss courtesy of a 3-0 victory at Burnley on Saturday.

Two goals in four first-half minutes swung the game decisively in the visitors' favour as Chris Wood deflected Trent Alexander-Arnold's cross into his own net before Sadio Mane's cool finish on the counter-attack doubled Liverpool's advantage.

Roberto Firmino then rounded off the scoring 10 minutes from time as the Reds maintained their 100 percent start to the season after four games.

Victory takes the European champions back two points clear of Manchester City, who were also in dominant form to beat Brighton 4-0 earlier in the day.