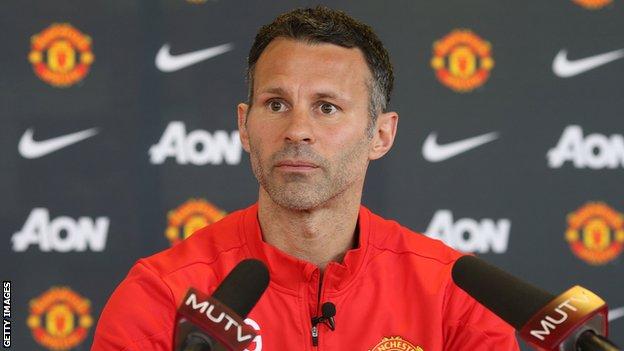 The Football Association of Wales has called a news conference for Monday afternoon in Cardiff, where the former Manchester United winger is expected to be unveiled.

Provided there is no late hitch, Giggs will be announced as the successor to Chris Coleman, who left for Sunderland in November.

The panel set up to conduct the search, led by FAW chief executive Jonathan Ford, is expected to put the finishing touches to the agreement on Monday morning.

The recruitment panel decision does not have to go to the ruling council of the association because they have full powers to make the choice.

Giggs, who has long been a target for the FAW, was one of the favourites for the role once Coleman departed after Wales failed to qualify for the 2018 World Cup.

Captain to manager?
Giggs won 64 caps between 1991 and 2007 and captained his country - but he was criticised for regularly pulling out of squads and especially for missing friendly matches.

The Manchester United great was in caretaker charge of the Red Devils for four games at the end of the 2013-14 season following the sacking of David Moyes.

He spent the next two seasons as Louis van Gaal's assistant but left after Jose Mourinho was appointed manager at Old Trafford.

Giggs lost out on the Swansea job to Bob Bradley after being interviewed for the manager's role at the Liberty Stadium in October 2016.

Bellamy, 38, won 78 caps and is the country's fourth most-capped player.

The former Newcastle, Liverpool and Blackburn forward is currently an academy coach at Cardiff City, where he ended his playing career in 2014.

Roberts has worked throughout all age grades in the Welsh system and been widely credited for helping to produce the talented crop of youngsters who will be at the disposal of the new senior manager and was Coleman's assistant boss during a spell in which Wales reached the semi-finals of Euro 2016.

Tony Pulis was also among the initial contenders to succeed Coleman, but he ruled himself out when he became Middlesbrough manager last month.

Bowen was available after leaving Stoke, where he was assistant to boss Mark Hughes until the latter was sacked by the Potters on 6 January.