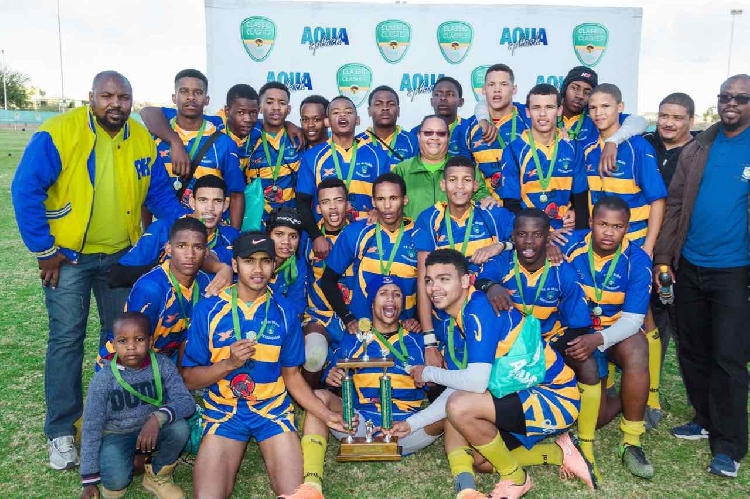 In Keetmanshoop, Suiderlig played against their arch-rivals JA Nel and won the Southern FNB Classic Clashes match in the Hardap region in front of a bumper crowd.

Suiderlig, however, fought back well in the second half and goals by Franklin Witbooi and Ernst Kooitie gave them the victory.

Ernst Kooitie was named FNB Man of the Match for scoring the winning goal, while Lombolrni Romeloa of JA Nel was crowned Aquasplash Hero.

In the rugby encounter, the hosts, Mariental High School scored first and took an early 7-0 lead but PK de Villiers replied with determination and scored try after try to win the game in the end.

The FNB Classic Clash Man of the Match was Neville Afrikaner from Mariental High School, while Catherine Saal, also from Mariental was named the Aquasplash Hero.

Salmon Medusalem of Mariental High School said: “At the start we weren't in the game, but in the second half we showed that we could have won the game. Our tempo, however, started a bit late, but I am happy with my team.”

The clash between Walvis Bay Private High School (WBPHS) and High School Technical (HTS) has been cancelled for this year. More games to come this week include a soccer match between De Duine and Namib High School on 13 July in Walvis Bay as well as a netball game between Wennie du Plessis and Gobabis Gymnasium on 18 July in Gobabis.