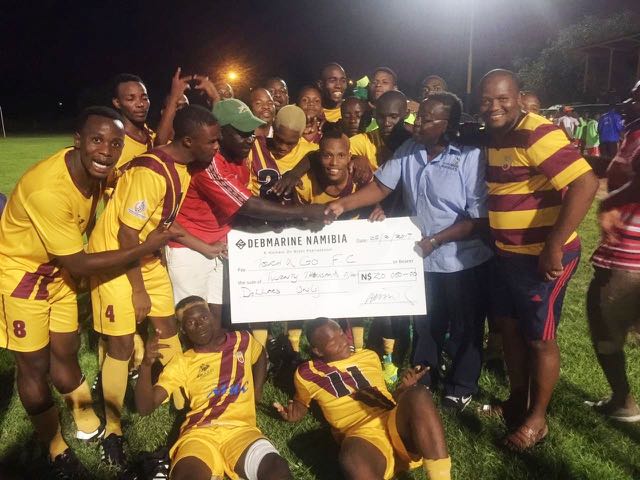 KING Fischer, Ohangwena Nampol and Touch & Go confirmed their places in the draw for the 32 teams of the Debmarine Namibia Cup, ahead of the draw on Thursday.
The Debmarine Namibia Cup started off on 10 February with over 200 clubs at regional level and last weekend saw the conclusion of the preliminaries as King Fischer and Onathinge United had one little feud to settle and determine who makes it to the next round.

King Fischer were Zambezi and Onathinge United, Oshikoto's regional winners who were drawn to face off in the play-off match which took place at the Katima Mulilo Sports Complex on Saturday and Fischer won 4-2 to reach the Round of 32.

The North West First Division playoffs continued on Saturday at the Oscar Norich Stadium in Tsumeb and in the final match between Touch & Go and Unam Ogongo FC, it was the Otavi-based Touch & Go that earned an emphatic 7-1 victory.

Ohangwena region also finalized their Debmarine Namibia Cup assignment at Ohangwena Stadium as Namundjembo FC and Nampol progressed to the final which the latter won 1-0.