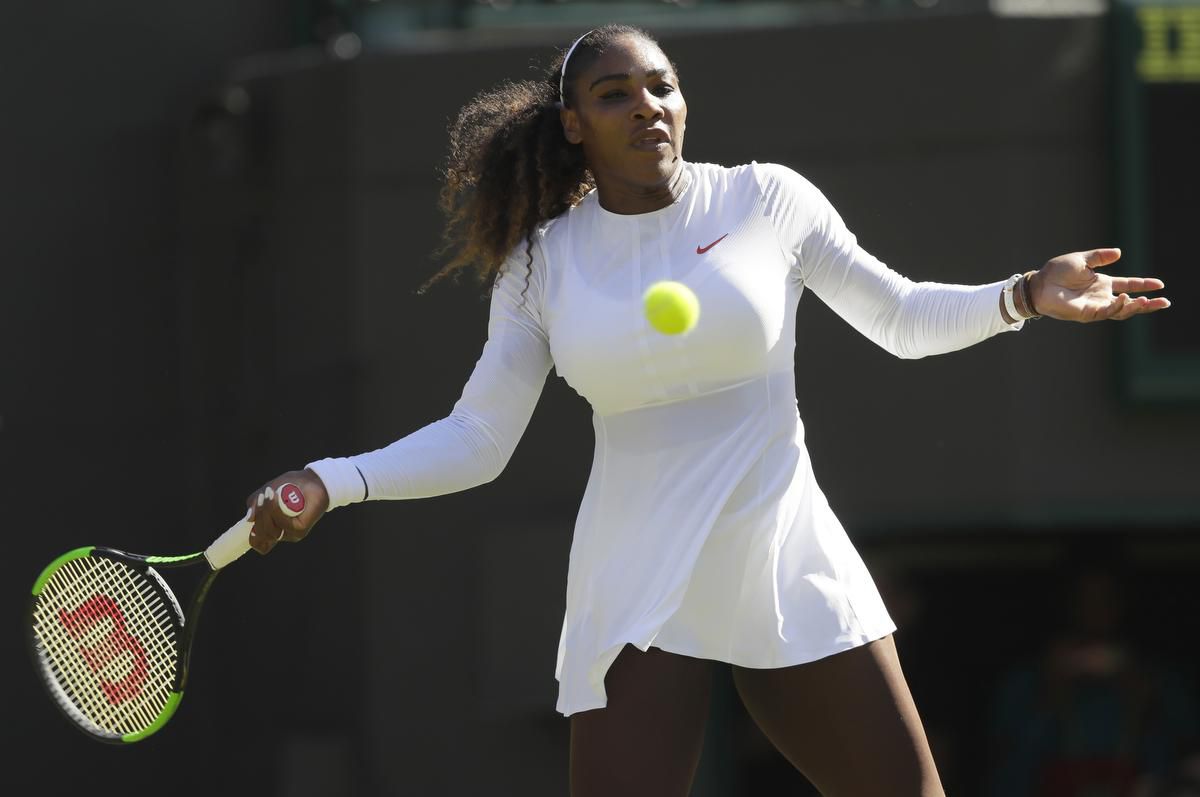 Serena, 36, was too powerful for Bulgarian qualifier Viktoriya Tomova in a 6-1 6-4 win as she continues to impress after time off to give birth.

"I'm going in the right direction," Serena said. "In the other [first-round match] I didn't move a lot. I've been moving a lot better.

"But I'm trying not to put too many expectations on myself."

"It is just about winning the match. If you are at your best or not doesn't matter as long as you win," ninth seed Venus told BBC Sport.

It has been hard to gauge where Serena's game is following her maternity break as she has yet to face a true test from one of the top-ranked players.

Inspired to play tennis?
Johanna Konta at Wimbledon
Find out how to get into tennis in our special guide.

After this showing, it is still not clear because she tore apart world number 135 Tomova, who looked out of her depth for much of the match on Centre Court.

Serena faced just one break point, which she saved, and her forehands were so powerful that the 21-year-old often did not move off the spot.

Serena got her second break of the first set with a smash, and then served it out to take it in 24 minutes when Tomova netted a forehand.

Tomova received the kind of enthusiastic applause reserved for underdogs whenever she hit a winner, and even Serena applauded her tight-angled forehand in the penultimate game.

Serena must be very happy with result and the performance. She's improved tremendously.

I thought she had to improve a lot to be a contender after the first match, and after what we saw today, she is definitely a contender