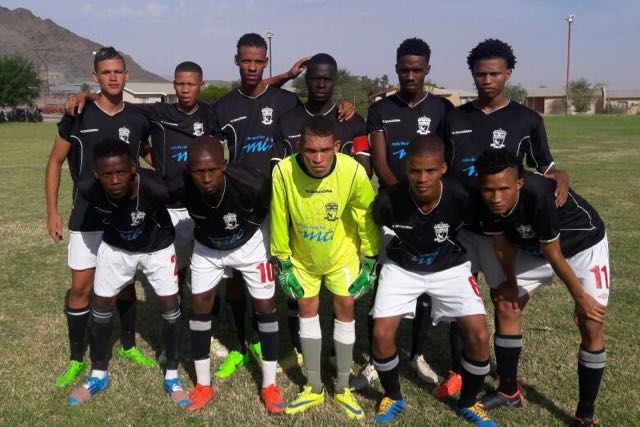 ROSH PINAH – Young Beauties Football Club (YB) from Keetmanshoop are through to the Round of 32 after beating Airborne FC from Karasburg 2-0 in the ||Kharas Second Division DebMarine elimination matches.
The elimination matches, played last and this weekend in Rosh Pinah, were completed on Saturday after the second semi-final between Mountain Rangers and Airborne was last weekend stopped by the referees.

The delay was caused when a match between Mountain Rangers Football Club (FC) from Rosh Pinah and Real Fighters from Keetmanshoop started about two hours late. It was scheduled for the Rosh Pinah Private School rugby field, but Rangers insisted on playing at the Exzarro football field.

The match eventually took place at the Exzarro football field and Rangers won 2-0.

The disagreement over the field resulted in the postponement of the second semi-final match between Rangers and Airborne from Karasburg because the sun was setting by then.

The postponed match between Rangers and Airborne eventually took place to determine the winner that will face YB in the final. YB defeated Lovely Superstars 2-0 in the first semi-final.

Airborne made sure of booking their place in the final against YB after beating Rangers 2-1.

In the final, YB's 18-year-old goalkeeper Cherokee Japhta saved two penalties, making sure YB won the match 2-0 through goals from Llewelyn Pofadder and Donovan Christiaan to qualify for the Round of 32 that includes the 16 Namibia Premier League (NPL) teams.