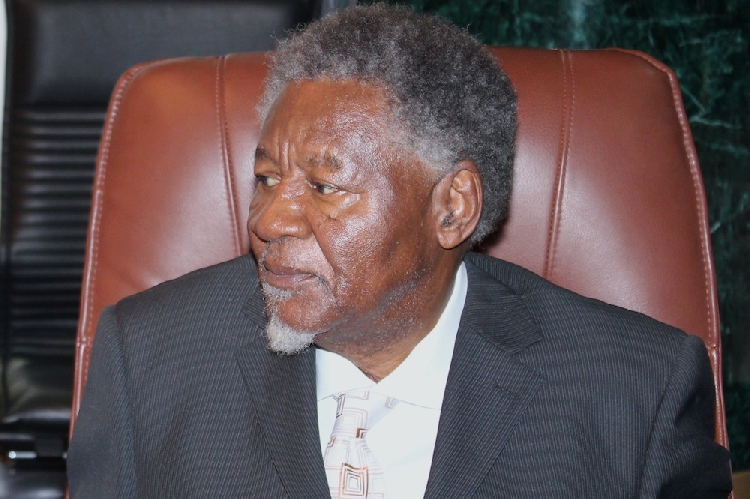 RETIRED judge Simpson Mtambanengwe, who died in Windhoek this week, served Namibia and its people with commitment and dedication, Chief Justice Peter Shivute says.
Mtambanengwe was a great jurist and a man of great intellect who had the ability to take ostensibly difficult issues in law and make them look deceptively easy, the Chief Justice told The Namibian yesterday in reaction to the death of the veteran judge.

Mtambanengwe died on Wednesday night. He was 85 years old.

He was admitted to a hospital in Windhoek with intestinal problems on Thursday last week, one of his sons, Taedza Mtambanengwe, said yesterday.

His condition improved after his admission to hospital, and on Wednesday, he was moved to the Paramount Healthcare Centre. But he then took a turn for the worse and passed away on Wednesday night, Mtambanengwe Jr said.

Mtambanengwe, who was a born Zimbabwean, was part of the Namibian judiciary for almost 20 years after he took up a post as a judge of the High Court of Namibia in October 1994.

In Namibia, Mtambanengwe went on to serve as acting Chief Justice for four months in the first half of 2003 and two months near the end of 2004, and was the acting Ombudsman for nine months from late-2003 to mid-2004.

After he reached the age of 70 in December 2001, he was reappointed as an acting judge of the High Court until he finally retired from that judicial position five years later – when he was described in an article in The Namibian as “a gentleman judge who built up a reputation as being a patient and polite listener in court, where he projected a calm sense of authority”.

His career then continued in the Supreme Court, where he served as an acting judge of appeal until 2013. Mtambanengwe was always ready to assist when asked to do so, Chief Justice Shivute said. He made a large contribution to the jurisprudence of Namibia, and the judiciary is grateful for the service he rendered to the country, the Chief Justice added.

Other positions that he held in Namibia was as chairperson of the Electoral Commission of Namibia and of the Public Office Bearers (Remuneration and Benefits) Commission, while he chaired a presidential commission of enquiry into Namibia's state health facilities in 2012 and early 2013.

He also served as chairperson of the Zimbabwe Electoral Commission for three years, from early 2010 to early 2013.

Mtambanengwe is survived by his wife, Juliana, and three sons.

Mtambanengwe Jr said a memorial service for his father will be held in Namibia, and he will be buried at the family farm near Mutare in Zimbabwe.