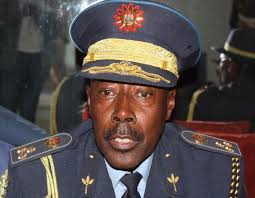 The owner of the Jan Japan Motors car dealership in Windhoek was robbed on Sunday.
In the daily crime report issued Monday, the Namibian Police Force’s Head of Public Relations, Deputy Commissioner Edwin Kanguatjivi said five armed suspects allegedly entered his flat in Dorado Park and demanded money.
“The circumstances surrounding their access to the flat is under investigation, as there was no break-in and the boundary wall and electric fence were not damaged,” said Kanguatjivi.
The thieves managed to get away with N.dollars 40 000 in cash, two laptops, four mobile phones and one tablet, as well as the victim’s car valued at N.dollars 40 000.
“The value of the stolen property is N.dollars 90 000,” said Kanguatjivi.
No arrests have been made yet and police investigations continue.
In an unrelated matter, a 13-year-old boy died instantly after he jumped off a moving vehicle at the Ompandakani village in the Oshana Region on Sunday.
The incident occurred at around 15h00 when the deceased and a group of boys got a lift on the back of a pick-up.
The boys jumped off the vehicle one by one and in the process, Leonard Kadhiya landed badly and died instantly.
Three other boys aged 13, 16 and 17 also sustained serious injuries and are receiving medical treatment at the Onandjokwe Lutheran Hospital.
The driver was apprehended for questioning to assist with police investigations.
Kadhiya’s next of kin have been informed.
Meanwhile, a six-year-old boy from the Oshitutuma village in the Omusati Region drowned in a canal on Sunday at around 17h00.
“No foul play is suspected. He was identified as Salafi Mateus,” said Kanguatjivi.
His next of kin have been informed and police investigations continue.
(NAMPA)