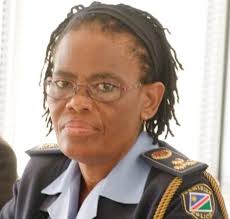 The body of 27-year-old Tomas Wilhelm was discovered by a community member at Oshomba in the Oshikoto Region’s Onamulunga-Oniipa area on Tuesday evening with a stab wound to the neck.
Crime investigating coordinator for the Namibian Police Force (NamPol) in the region, Deputy Commissioner Naomi Katjiua said in a crime report issued on Wednesday that Wilhelm was stabbed with an unknown object. He died on the spot. The body was discovered at about 22h00.
Katjiua said a suspect, believed to be a businessman, has not yet been arrested.
“The cause of the murder is not yet known as there was no argument between them,” Katjiua stated.
The body of the deceased has been taken to the Onandjokwe Lutheran Hospital near Ondangwa, where a post-mortem will be conducted.
The next of kin have been informed.
Investigations continue.
(NAMPA)