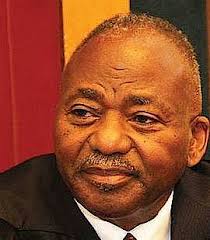 Speaker of the National Assembly (NA), Peter Katjavivi said Namibia is in the forefront of those countries that value and appreciate the role of the press.
Katjavivi made this statement at a press conference at Parliament on Monday.
When asked about the Access to Information (ATI) Bill, Katjavivi said he has been all over the world and “I can speak with confidence when I say we have freedom of the press in this country”.
He added that as of yet, the ATI Bill has not been brought to be tabled and added the initiative needs to come from “somewhere”.
The Speaker said at some point the bill was part of the list but was withdrawn for further consultation.
“A bill or draft bill initiative usually should come from the executive and they will have to take the lead on putting the ATI Bill on the table,” said Katjavivi.
Once drafted into law, the bill will give every individual the right to seek, access and receive information from public bodies or private bodies that perform public functions.
At the same conference, Katjavivi also warned journalists that press freedom should end where the personal space of parliamentarians start.
Katjavivi was referring to journalists that have the “unprofessional” tendency of zooming into mobile gadgets of Members of Parliament (MPs) to view their private content during parliamentary sessions.
Such an incident happened in September 2018, when the media reported of a certain MP who was caught on camera browsing a dating site on a mobile device during a Parliament session, which Katjavivi refuted.
Katjavivi’s comments come at a time when President Hage Geingob accused the local media of coming with preconceived or ulterior motives when reporting about him or Government.
Geingob recently said people come with preconceived notions, already deciding what they are going to say in the newspaper.
Geingob also said press freedom is guaranteed in Namibia for as long as he is Head of State.
Despite Katjavivi’s assertion, Namibia fell two places on the World Press Freedom Index since 2017 from 24th to 26th place out of 180 countries ranked globally.
Namibia was consistently ranked number one in Africa until it was toppled by Ghana last year.
(NAMPA)