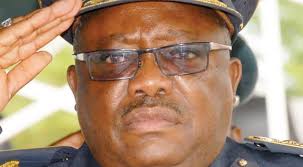 With national roads expected to be congested with people driving to Tsumeb for the Independence celebrations and to various destinations for the mid-term break, the Namibian Police Force (NamPol) has urged drivers to adhere to the speed limit.
Speaking at a media conference here Monday, NamPol Inspector-General, Lieutenant-General Sebastian Ndeitunga said many will be driving to Tsumeb to commemorate Independence on Wednesday, while others are going on holiday as the mid-term break for schools started on Monday.
Ndeitunga said the speed limit is 60 kilometres per hour in urban areas and 120 km/h on national highways.
“Drinking and driving will not be tolerated and the speed limit will be strictly enforced on both urban and national roads,” he said.
The inspector-general further cautioned against taking firearms and other weapons such as knives and pangas to the Independence celebration venue – the Oscar Norich Stadium.
He also said all liquor outlets and shebeens should adhere to the legal operating hours as stipulated on their respective licences as the police will act against those operating outside working hours and conditions on Wednesday.
More than 25 000 people are expected to attend the 28th Independence celebrations.
(NAMPA)