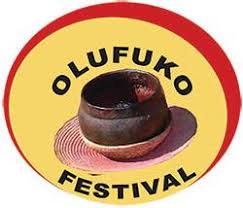 The Olufuko Annual Cultural Festival has attracted 69 girls, who have already registered with the organising committee to undergo initiation during this year’s festival.
The 2019 Olufuko Annual Cultural Festival is scheduled to take place at Outapi from 21 August to 01 September.
Chief Executive Officer of Outapi Town, Ananias Nashilongo in a media statement on Monday indicated that 138 institutions and individuals have also registered to sell and showcase their products and services at the event.
“The girls were expected to arrive at the traditional house at Olufuko Centre on Monday and leave the house on 28 August,” Nashilongo stated.
The event attracted about 50 girls/brides and some 200 exhibitors last year.
Patron of the festival and Founding President of Namibia, Sam Nujoma, who launched this year’s event during a fundraising gala dinner at Outapi on 27 July, will officially open the festival this Friday.
The fundraising dinner event raised more than N.dollars 560 000 for the successful hosting of the festival.
Outapi Town Council is hosting the event, now in its eighth year.
(NAMPA)