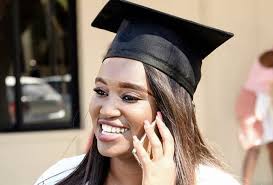 The Omusati, Kunene and Khomas regional structures of the Namibia National Students Organisation (Nanso) along with their tertiary institutional branches on Wednesday withdrew from the student formation.
The representatives from the three regional structures and tertiary institutional branches said this decision was a result of the continuous infighting of the Nanso national executive committee (NEC) and suspension of some of its members.
Four Nanso NEC members; vice president Bernard Kavau, Tyson Hihanguapo, Simon Amunime and Sheya Ngolo were suspended on charges of insubordination among others in July.
Speaking at a media conference here, Nanso Khomas acting chairperson Oscar Shikongo said the current status quo of Nanso disadvantages and oppresses the students, therefore the Khomas regional executive committee (REC) along with its branches pull out their membership to the organisation.
“The leadership of Ester Simon (Nanso president) has lost focus and it is against this background that Nanso Khomas together with student representative council (SRC) leaders from various institutions of higher education find the need to resolve the current challenges faced by the organisation and students,” Shikongo announced.
Kunene Nanso regional chairperson, Ngula Hihanguapo explained that its REC withdrawal was because of the suspension of the four NEC leaders “who had the interests of the students at heart” and accused the organisation of being toothless and useless now.
Omusati regional chairperson Paulus Penavali concurred, adding that Nanso is “captured by politicians and therefore cannot address the issues at hand”.
Among the branch universities are Namibia University of Science and Technology (NUST), University of Namibia (UNAM), International University of Management (IUM), Triumphant College and Windhoek Vocational Training Centre.
In attendance and assisting with organising the media conference was suspended Nanso national secretary for information, Tyson Hihanguapo.
Hihanguapo did not want to comment on any of the matters raised, however was seen furthering discussions with the group of representatives behind closed doors after the media walked out.
In an interview with Nampa the same day, Nanso’s president said the groups did not inform any NEC members nor followed the proper procedures required to withdraw.
“In fact, you are the first person to bring this to my attention and as an organisation we do not operate in a vacuum. We have structures that need to be followed, but then the same thing occurs where student leaders do not follow instructions of formal communication. However, they will not keep anyone hostage,” Simon said.
She concluded by urging students in Namibia to continue to engage with the Nanso leadership at their offices on their issues.
(NAMPA)