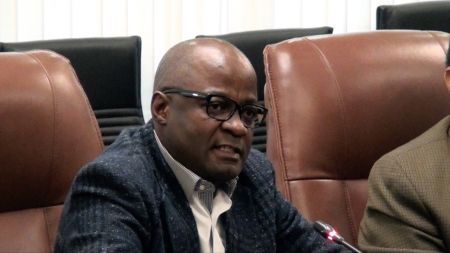 A local business delegation lead by Shipanga Holdings' Executive Director, Martin Kaali Shipanga, has said the ‘red tape’ at local authorities is a concern to the business community.
In a meeting with President Hage Geingob at State House on Wednesday, Shipanga stated that some business people had to go through a process that takes up to four years because of the bureaucratic regulations of local authorities.
“In that period, a few jobs could have been created and some value added to the economy,” he stressed.
Shipanga also said they want government to encourage foreign investors to focus on manufacturing and value addition rather than trade.
“If foreign direct investors can come in with the know-how, the machinery and sometimes the capital, we are prepared to learn and we want to work with them,” he said.
In response to the trade and retail protection concerns, Geingob said an investment protection law that will reserve the trade and retail business confined to Namibians only will be enacted but however mentioned that “implementation is a little bit slow.”
The President agreed that bureaucracy is a problem and it must come to one or two days to register a business.
Currently the waiting period to register a company is 66 days.
“The reason it takes that long is because it’s not a one-stop centre, there are many aspects involved. So we need to make it a one-stop centre to reduce bureaucratic delays,” Geingob said.
At the same meeting, Minister of Economic Planning and Director-General of the National Planning Commission, Tom Alweendo told the delegation that economic development and society building is the function of all and not just Government.
“Of course Government has the responsibility, but we need the business people to be part of the social and economic progression,” he said.
Alweendo also commended the business delegation, saying it is good that they have made the effort to have such discussions to establish a relationship of moving forward together.