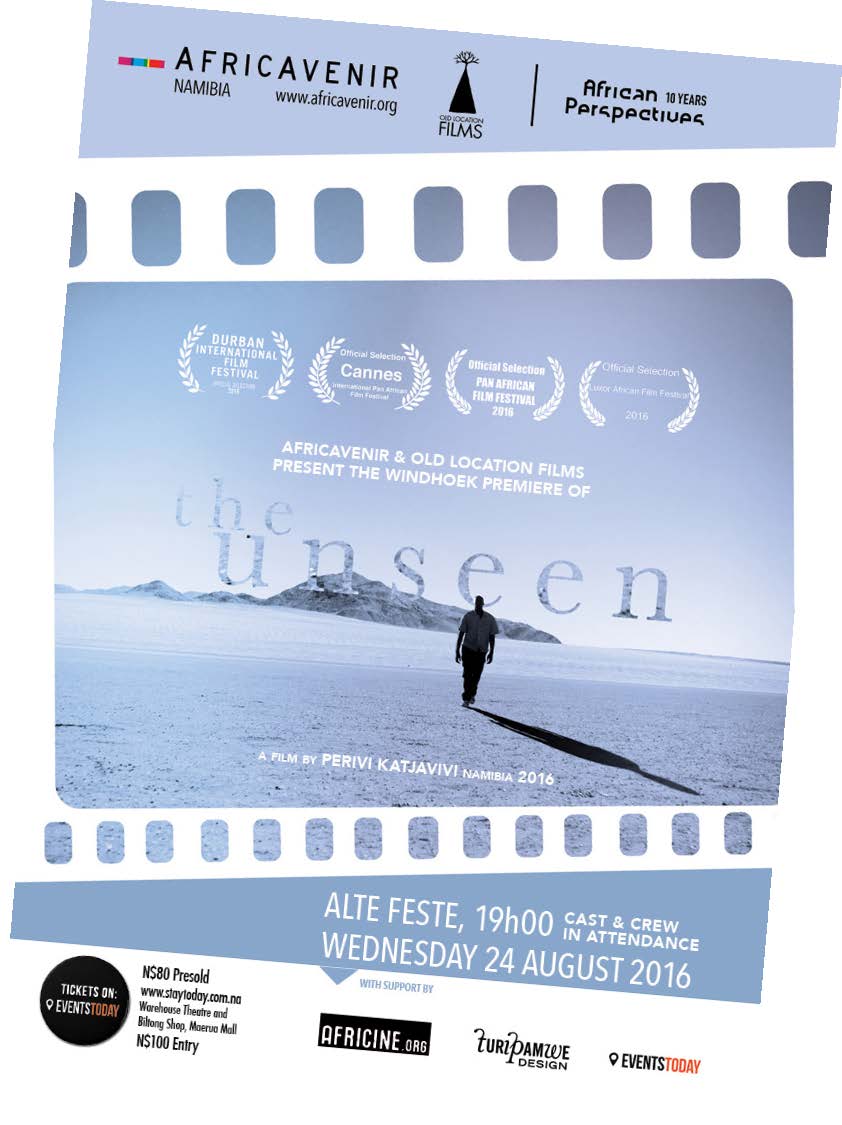 A new film ‘The Unseen’ about art, identity and solitude will premiere on Wednesday, 24 August, at the Alte Feste in Windhoek. ‘The Unseen’ is a collection of philosophical musings on what it means to be alive in an independent Namibia. It intentionally blurs the line between fiction and documentary. It presents three interconnected vignettes that follow three different characters as they slip into spaces in Namibian society mostly unseen. There’s Sara, the rebel whose calm resolve to end her life provokes a range of interesting and
conflicting reactions in the peopleclose to her. Anu, a dreamy musician struggles to explain his hallucinations and out of body experiences to his roughneck buddies across town. Marcus, an African-American actor, estranged from his wife, is in town to play a role in an epic historical film but spends his time wandering through the outback searching for significance. “The Unseen is a cinematic Namibian
love letter to Fanon, but also a love letter to Namibia and its ongoing decolonisation project. Namibia must be very proud of this film and
its filmmaker, Perivi Katjavivi. We are very excited to play our part in decolonising the inner city of Windhoek with this screening” says director of AfricAvenir Windhoek, Hans-Christian Mahnke.The premiere screening of this long awaited independent film from Katjavivi is premiered as part of AfricAvenir’s monthly African film series African Perspectives.The screening will be opened by Adv Bience Gawanas at 19h00 and after the screening there will be an open discussion with director Perivi Katjavivi and his crew and cast.